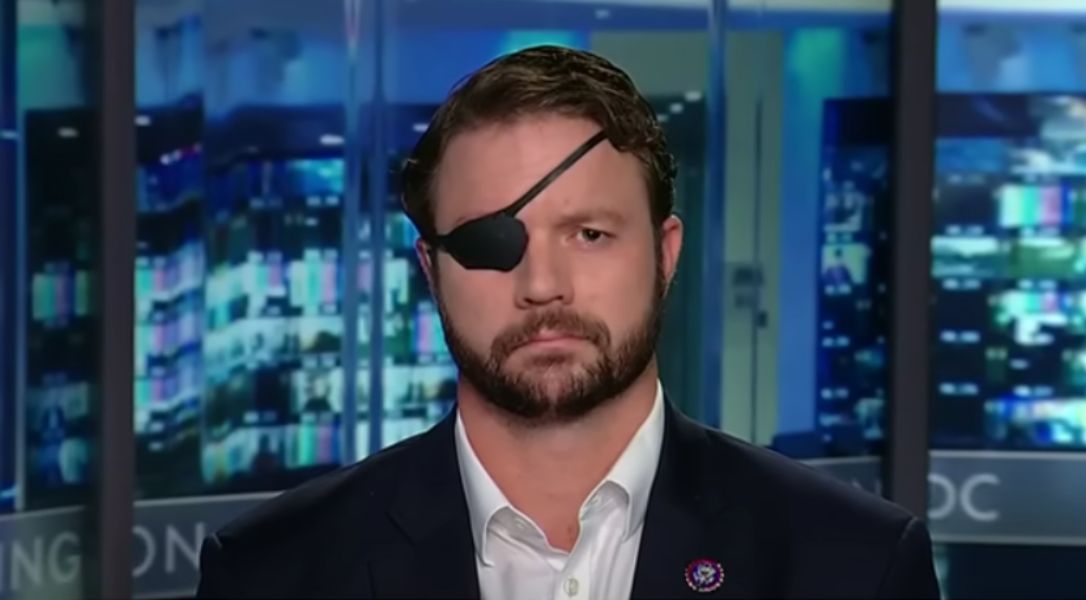 Crenshaw flew off the handle and his temper tantrum cost him big time.

And what Dan Crenshaw said on CNN crossed this red line and you won’t believe what happened next.

Crenshaw was one of the most vocal supporters of Kevin McCarthy’s bid for Speaker of the House.

That is not surprising since Crenshaw is one of the biggest establishment RINOs in the House of Representatives.

But Crenshaw went on CNN and labeled the conservatives negotiating for a rules package that will constrain the Swamp as “enemies.”

“They are enemies now,” Crenshaw told CNN. “They have made it clear that they prefer a Democrat agenda than a Republican one.”

Crenshaw’s words offended Texas Senator Ted Cruz, who told him to knock it off.

“My view is settle down. This will work out and it’ll be fine,” Cruz said on an episode of his podcast. “That kind of overheated rhetoric, calling people ‘terrorists,’ is not terribly conducive to anything resembling Republican unity. It’s not conducive to having strong leadership for the next two years in the House, engaging in vitriol and personal attacks.”

After McCarthy won the Speaker’s gavel, Crenshaw tried to walk back his attacks on conservatives.

“Look, I do not think these people are terrorists to the extent that my colleagues took offense to that,” Crenshaw told Fox News host Neal Cavuto. “I’ve gone up to them and said, ‘of course I didn’t mean it that way.’ We were speaking in terms of a very difficult negotiation where sometimes you use a turn of phrase about not giving in to terrorists.”

But Crenshaw’s apology was a day late and a dollar short.

Republicans on the House Homeland Security Committee rejected Crenshaw’s bid to serve as their Chairman in large part because of his uncontrolled outbursts attacking conservatives.