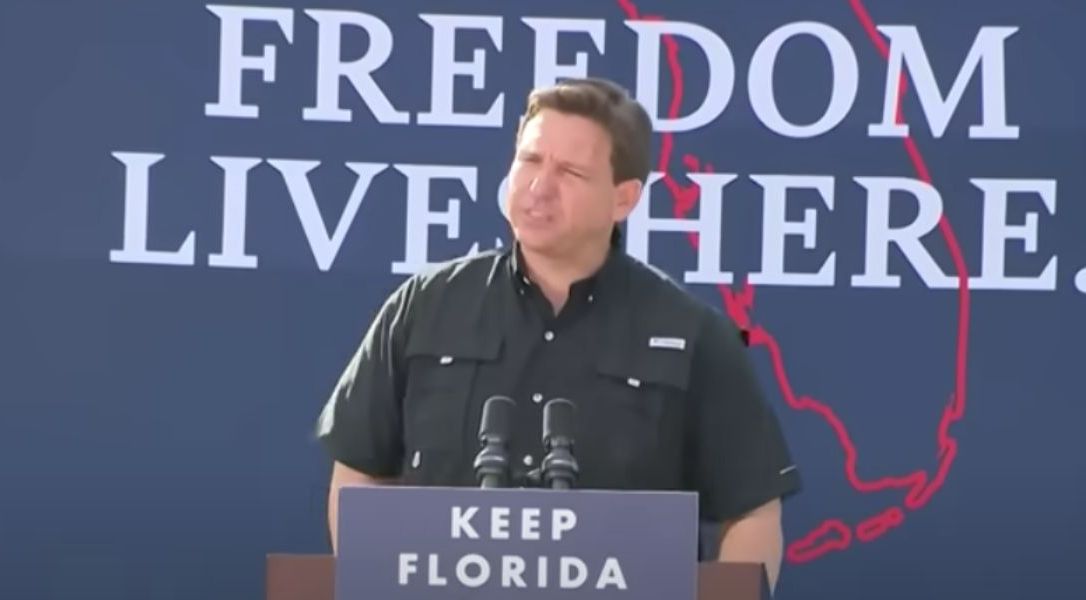 Not every Republican is thrilled with Florida Governor Ron DeSantis’ meteoric rise.

They are actively plotting their revenge.

And one Republican just flipped and stabbed Ron DeSantis in the back in this very public way.

Never Trump RINO and former Maryland Governor Larry Hogan somehow thinks he will be the next President.

In 2024, Hogan plans to run for President as an anti-Trump RINO who is to the Left of Mitt Romney.

During an interview with CNN’s Jake Tapper, Hogan attacked Ron DeSantis for supposedly focusing too much on the conservative base and ignoring swing voters.

“Florida Governor Ron DeSantis is often cited by conservative Republicans as somebody they might want to see run for President. You’ve called him an important voice, one of the important voices for the Party. Do you think he would be good at what you’re talking about in terms of reaching out to people in the middle?” Tapper asked.

Hogan sneered that all DeSantis does is go on Fox News and then unfavorably compared him to fellow Blue state RINO Governors Phil Scott of Vermont and Charlie Baker of Massachusetts.

“Well, he hasn’t done it so far. He’s done a really good job of getting on Fox News, and he’s capturing a lot of attention. But he certainly hasn’t done it the way Charlie Baker and Phil Scott and I have. We’re consistently the most, the highest job approval in the country. And I think DeSantis is down around 30th place among Governors,” Hogan shot back.

Instead of pushing back on Hogan’s baseless claim, Tapper teed up another softball question.

Hogan quickly agreed and claimed DeSantis had no political future outside of Florida unless he could appeal to swing voters.

“He is focused on the base, and he’s doing pretty well with the base. But he’s going to have to figure out a way if he wants a political future beyond Florida, to appeal to a broader audience,” Hogan concluded.

But in 2022, DeSantis won by 19 points – the largest re-election win in a generation – carrying 57 percent of the Hispanic vote and flipping Democrat strongholds like Miami Dade County.

RINOs like Hogan are terrified because the lies they tell conservatives about having to accept Democrat-lite in elections fall apart thanks to DeSantis’ example.