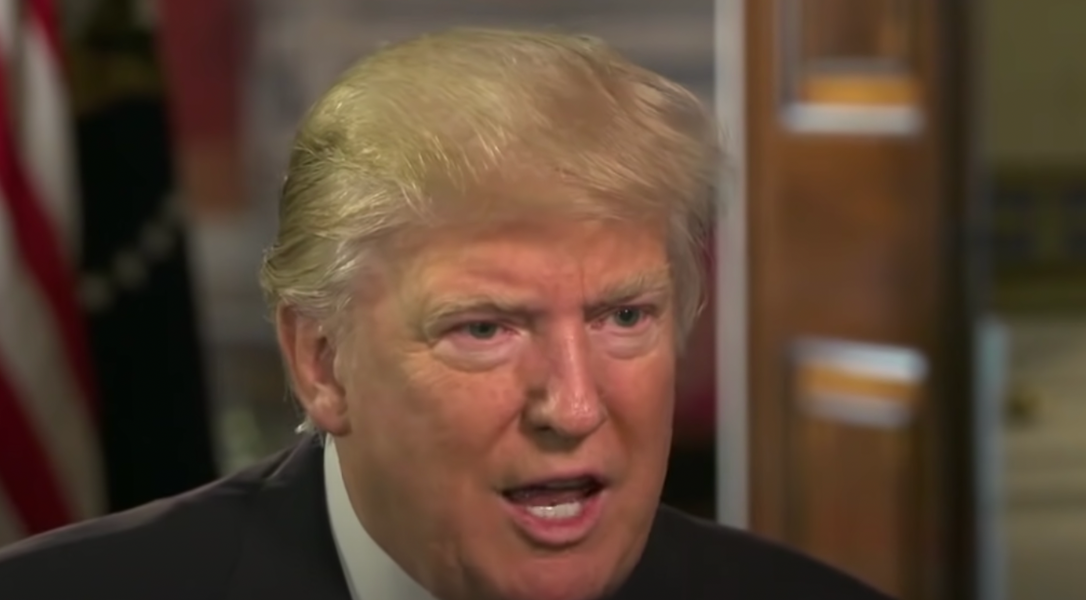 Donald Trump and Joe Biden faced off in the 2020 election.

But Donald Trump gave an unexpected response to this simple question about Joe Biden.

This poll followed weeks of articles in the corporate-controlled media where Democrats – both on and off the record – suggested that Joe Biden was too old, too incompetent, and too unpopular to run for President.

But Biden maintains he intends to run for re-election in 2024.

Biden has repeatedly told Democrat donors, activists, and elected officials in private that he believes he is the only candidate who can defeat Donald Trump.

However, as inflation surges and the invasion at the southern border continues to spiral out of control, an increasing number of Democrats are done with Joe Biden and think his political fortunes are beyond saving.

Not everyone believes the decision to run for re-election is even up to Joe Biden.

Donald Trump looks increasingly likely to run for re-election in 2024.

That does not mean Trump is sure who his potential Democrat opponent will be.

“I don’t know,” Trump answered in response to a question from Breitbart about if Democrats will renominate Joe Biden for President.

Trump explained that to maintain Party support and be a nominee, the rank-and-file have to approve of your performance and stand behind you unquestioningly.

“You have to do a great job to be the nominee beyond any other problems they may have,” Trump added. “You have to do at least a reasonable job, and so far I don’t believe our country has ever been at a lower point than it is right now. To a large extent, it started with the borders where the people are pouring through, but it also started with the Afghan withdrawal and the way it was done. That was a terrible moment for our country.”

That is not the case with Joe Biden.

Just 70 percent of Democrats approve of the job Biden is doing as President.

For a sitting President in an era of intense political polarization, a 70 percent approval rating from your own Party is politically fatal.

And that is why Donald Trump – among many others – is not sure Joe Biden will actually run for re-election.