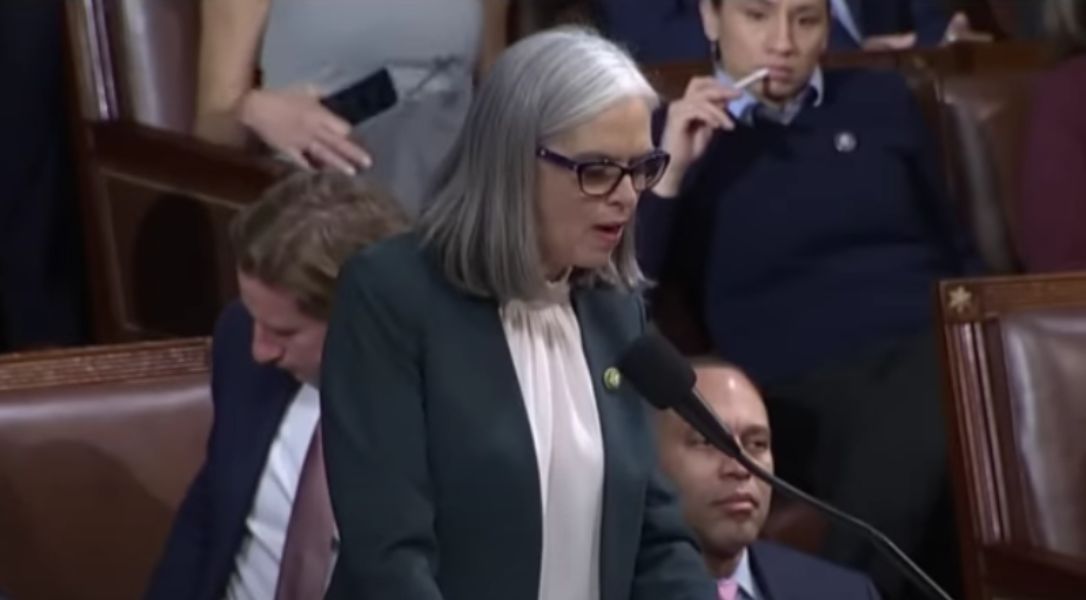 This is a season of scandal for Democrats.

Democrats are left trying to contain the fallout.

Massachusetts Congresswoman Katherine Clark is now the Minority Whip and number-two Democrat in the House of Representatives.

Instead of trying to develop a legislative strategy for the new Congress, Clark is now answering questions about police arresting her 23-year-old transgender son Jared Dowell for taking part in a BLM/Antifa riot.

Officers were called to the Parkman Bandstand Monument in the Boston Common around 9:30 p.m. on Saturday evening about a protest.

When they arrived, they saw Dowell allegedly spray-painting “ACAB,” which stands for “All Cops Are Bastards,” and “NO COP CITY,” an apparent reference to a police training facility in the suburbs of Atlanta that has sparked protests after officers shot and killed a protester who allegedly opened fire on them, injuring one, earlier this week.

While police arrested Dowell, a group of 20 protesters “began to surround officers while screaming profanities though megaphones on the public street causing traffic to come to a standstill,” according to police.

The protesters were “interfering with the arrest” and “an officer was hit in the face and could be seen bleeding from the nose and mouth.”

The arrest paperwork referred to a “Jared Dowell,” but Clark – who claims her child is nonbinary – referred to him as “Riley” in a tweet expressing her support for him even though he is facing criminal charges.

“I love Riley, and this is a very difficult time in the cycle of joy and pain in parenting,” Clark tweeted. “This will be evaluated by the legal system, and I am confident in that process.”

Even though a police officer was shot and local businesses were burned, Clark did not condemn this left-wing domestic terrorism.

Instead, Clark tried to make excuses for her child’s role in a national wave of attacks against police.

If this were a top Republican, the corporate-controlled press would hound them until they resigned from their role in leadership.

They’d also claim it fits a larger pattern of Donald Trump encouraging domestic extremists and the FBI would likely make a public spectacle out of arresting their child.

But since Clark is a Democrat, the press and federal law enforcement will look the other way.