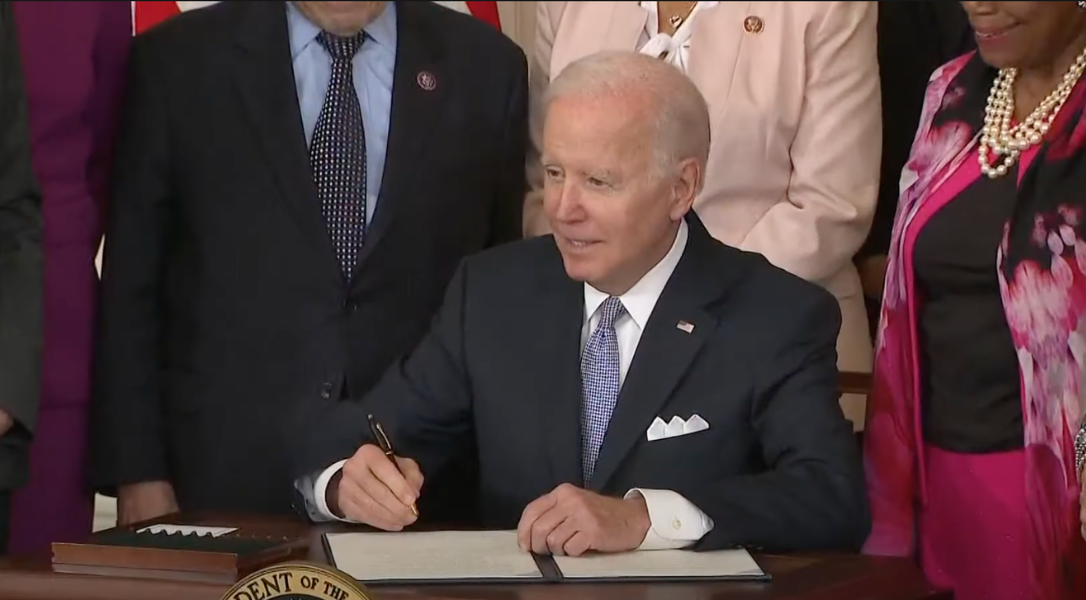 Joe Biden has been a colossal disaster as President.

Democrats are openly speculating about his future.

And now a leading Democrat said one word about Hillary Clinton that left Joe Biden fuming.

Democrats thought that once they were rid of Donald Trump, Joe Biden’s Presidency would lead to a new Golden Age for the Party.

Instead, the Biden regime has turned into a nightmare for the country and the Democrat Party.

The country is in the biggest malaise since Jimmy Carter with no end in sight.

With Democrats in disarray, the Party is looking past the Midterm elections and ahead to 2024.

Of course, Biden has repeatedly stated that he’s going to run again and that he’s the only Democrat who can defeat Trump.

But given Biden’s declining mental state and disastrous Presidency, Democrats are already talking about pulling the plug on him for 2024.

Normally, as Vice President, Kamala Harris would be the front runner to take over for Biden.

But she’s turned out to be a bigger disaster than Biden.

If Democrats succeed in pushing out Biden, the field would be wide open heading into the next Presidential election.

The stage could be set for another Hillary Clinton comeback.

Hillary would instantly be the biggest name in a Democrat Presidential field likely dominated by failed 2020 candidates such as Pete Buttigieg and Kamala Harris.

She’s been making the rounds in the corporate-controlled media, giving coy answers about another Presidential run.

She also said she wouldn’t Primary Biden, but refused to completely rule out another bid.

Douglas Schoen is a veteran Clinton insider dating back to Bill’s Presidency.

He worked on Bill’s 1996 Presidential campaign and Hillary’s failed 2008 bid.

In an article in The Hill, Schoen laid out the case for Democrats to bring Hillary off the bench for 2024.

He argued that Democrats “need” Hillary to have any shot of winning the Presidency.

“If Democrats want a chance at winning the Presidency in 2024, Clinton is — now more than ever — their best chance,” Schoen said.

The Supreme Court’s decision to overturn Roe v. Wade gives her the unique opening to run again after her long career “championing women.”

“Whether or not Party leaders will admit it, Democrats know that they need to move on from Biden if they want to stay in the White House in 2024 and — even more importantly — have a fighting chance at building a sufficient enough majority in Congress to advance any element of their agenda going forward, including, and especially, codifying abortion rights,” Schoen argued. “Put another way, the stakes are simply too high for Democrats to remain on this slowly sinking ship.”

He opined that Kamala Harris’ prospects as the Democrat nominee were grim.

“The most natural successor would be Harris. However, Harris is even more unpopular than Biden and would almost guarantee a Republican victory in 2024,” Schoen stated.

With Clinton insiders pushing for Hillary to run again in 2024, the groundwork is being laid for another attempt at the White House.